Call of Duty Modern Warfare 2 has encountered a number of problems and bugs that have surfaced in the first few hours after its release and have ruined the game experience for a number of players within the community. A new glitch has been found in the game that causes players are abruptly removed from a game that is ongoing and can happen at any time.

The game has been available for about one day however there’s a number of issues that have been spotted in the game and hinder players from enjoying the game with no issues and enjoying smooth multiplayer games.

Let’s take a look at the latest issue which Modern Warfare 2 has decided to throw at players to make the game even more unreliable.

Activision has had a positive beta phase which gave them plenty of time to find and resolve the issues and bugs that were discovered during that period. We would like to thank the game’s publishers as they did address the majority of the issues that caused the game to seem rough and rough during the beta phase.

The online multiplayer is likely to be faced with new challenges when it takes its way into the world of the other top online shooters hoping to build on the tradition of Call of Duty saga.

The nature of this latest problem “DEV Error 356” is unclear, however it has been reported in several versions within the collection. When a Dev Error is encountered it is discovered to be due to those localized version of languages packs.

There is a possibility that this problem is present in the local files of Modern Warfare 2 and will be corrected fairly quickly using the release of a patch by the publishers.

The problem is limited to the players in a specific percentage currently, leading to the belief that it is a corrupted local file, or two, causing the game to crash during a match.

It is possible to try it by switching the game’s language pack to another before returning to English before resuming the game. If the problem is related with localized language files it is best to fix it by a quick reset in the game.

Verifying the integrity of the game files is another great way to ensure that all game’s local files are there and in good condition. If the game is not able to download any files, they will be automatically reloaded through the client game.

The problem could be due to the game’s shaders in game, which would necessitate a restart of the shader to correct the problem. The option to stream on demand texture can be turned off to ensure an improvement in the system’s hardware.

The bug’s name has been observed in previous Call of Duty titles that were linked to games’ local files. Fans should expect some form of anomaly in your Modern Warfare 2 files, that is causing the game to be removed of the game’s lobbies.

The publisher has also had to deal with server issues, which could be the reason why it suddenly stops connection, resulting that the user being redirected back to the menu for home.

Activision has not yet addressed and roll out fixes for the bug that has been discovered. So, without an public announcement, a permanent fix is not available which would benefit all players.

Keep checking Sportskeeda for further corrections to bugs as well as Modern Warfare 2 mission walkthroughs which will be posted regularly. 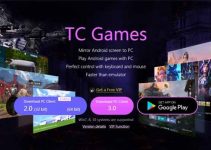