PUBG has become more and more popular over time. Some of the legendary players have achieved great recognition for their unique style of game. Since the user base is quite large in this article, we are going to talk about the top 10 PUBG players in India.

These players are popular in the PUBG community in the world and they have a very large fan base. There is no comparison between them as each player has their own unique playing style. They are great in the game but they are listed in the locations based on the rank they have and the awards they have so far.

As we already know that PUBG requires an excellent skill to master and as we advance in the game the level of competitions automatically rises.

One must have the ability to think quickly and then bring the knowledge already inside into actions, only then can one master the game in some way. Every player has a different mindset while playing the game, finally,

the only one who is calm and cares about every move perfectly is the winner. The scenario of PUBG mobile in Indian eSport is completely next level only and this is the platform in which these players listed below display some skills of exceptions which makes them different from all the normal players or I can say general players of PUBG. Let’s start the list:

The last player on this list is Saloni Pawar. She is a great PUBG player in India. She was born in 1999 in Maharashtra and started playing the game in 2017 and within a short time she made her name.

The ninth player on the list is none other than Aradhia Gupta. He is a member of the INS clan and he also participated in the PMCO tournament which was held in the year 2019. He mostly uses four finger control to play the game. He has absolutely excellent skills which is why his fans are crazy about him.

The next player on the list is considered one of the best PUBG players in India. He is a well-known player with a huge fan following. He uses a four-fingered claw and has excellent playstyle as well.

The next player on the list is known as Paridhi Khullar and she is one of the best PUBG players in India. She is known for her unique style. She is also rumored to be a friend of SoulMortal. She has excellent strategy making skills that have made her famous in a very short period of time.

The sixth player on this list is known as Jonathan Good Amaral. He is one of the most unique PUBG players in India. The player is known for his fast paced gameplay and recently he played PMCO 2019 which is popular among all.

Next players we are going to talk about one of the most loved players in the ES clan known as Es_Maxtern. He is the best player known for his great strategies and quick gameplay as well. He plays with four fingers.

This player is also a member of the spirit clan known for his humble nature and excellent strategies as well. He can definitely be considered one of the best players in the Soul Clan when it comes to rushing gameplay. He is famous for playing with four fingers. Apart from this player, he has also played in the open PUBG mobile CLUB tournament.

The third player on our list is known as Yash Paresh Soni. He is one of the most loved players in the spirit clan. This player is very famous for his storytelling style and he is also very good at quite fast play. The player plays with two finger controls. Apart from this, his reactions are very quick.

The next player we are going to talk about ranks second on the list named Animesh Aggarwal. He is one of the most popular and respected PUBG players and has a whole new level of fan base. He is the current leader of the 8bit clan and the captain responsible for shaping the entire strategy of the matches.

He entered the gaming world in 2008 and since then has not returned to his position. Apart from this, he is also a streamer. He has also won many tournaments and made a big name internationally as well.

The first player we are going to talk about is SoulMortal which is Naman Mathur. I hope all PUBG watchers are already aware of his name. He was born on May 22, 1996. The player is the official captain of the Soul clan and is highly appreciated for being a good player in the dash game.

The player also has a unique style with a good strategy that helps him to control his reflexes all the time. He is a very humble player who motivates the young PUBG player on the YouTube platform which makes him the number one PUBG player in India. Apart from this, he has won many tournaments and participated in many well-known international PUBG tournaments as well. He has a YouTube channel called Mortal. 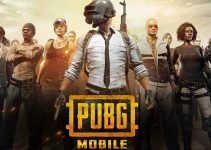